Kooks come home to Brighton and a brilliant gig - they blasted out their Konk tracks and the crowd adored them. Probably the best finish to a concert this year! 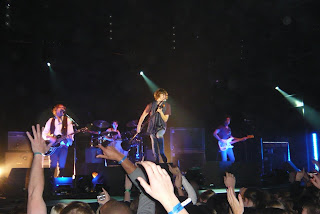 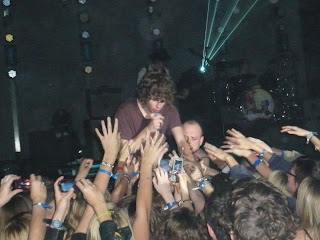 The Kooks formed at the BIMM where they were all students. Lead singer and rhythm guitarist Luke Pritchard, who was born in the Yorkshire seaside town of Saltburn, got bassist Max Rafferty involved in a college project, which formed the base of the band. After getting lead guitarist Hugh Harris and drummer Paul Garred involved, they took their name from the song "Kooks" on the 1971 David Bowie album Hunky Dory.