What a fantastic night - they are just quite simply the best - I just can not wait for Wembley Sept 09.......

They came played and conquered, with nearly all their Viva and new EP songs, plus brilliant renditions of Yellow, Clocks and Fix You, and a lighting show in perfect harmony. 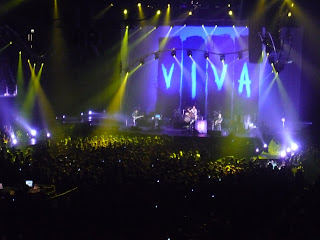 They really know how to make the performance intimate and the audiance involved, even in a 20,000 sell out venue; Chris led the band into the crowd to play 'Green Eyes' and 'Death Will Never Conquer', their he was crammed in to the aisle with his mate on harmonica. Even though your mate happens to be comic genius Simon Pegg - it's just hard not to feel you're in a much smaller venue, in a spontaneous singalong with the biggest band in the universe to entertain. Needless to say the place erupted! 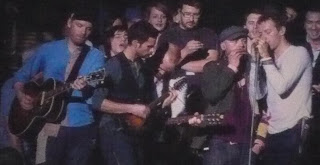 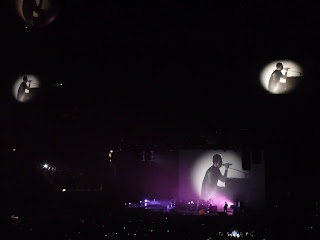 Coldplay are a British rock band formed in London, England in 1998. The group comprises vocalist/pianist/guitarist Chris Martin, lead guitarist Jonny Buckland, bassist Guy Berryman, and drummer/multi-instrumentalist Will Champion. Coldplay have sold 40 million albums, and are also known for their hit singles, such as "Yellow", "The Scientist", "Speed of Sound", "Fix You", "Viva la Vida" and the Grammy Award winning "Clocks".