Arriving on stage, no explosions or fancy AV, just the four band members strolling on to an ecstatic, adoring and noisy crowd. Kelly not even in his usual leather jacket, but he promised “a mix of some new, some old, and some really old songs”, and did not disappoint.

They started with Innocent and soon got into the anthems - they just rocked - superb!

My favourites were of course the classics "Have a nice day" and "Dakota". 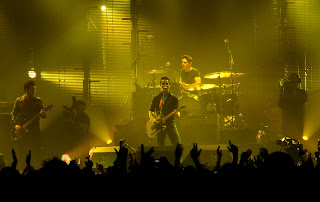 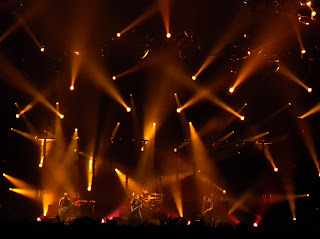 Set List:
Innocent, A Thousand Trees, More Life In A Tramps Vest, I Got Your Number, Superman, Pick a Part That’s New, Uppercut, Stuck In a Rut, I Wouldn’t Believe Your Radio, Maybe Tomorrow, Live ‘n’ Love, Traffic, Trouble, Could You Be The One?, Same Size Feet, Beerbottle, Mr. Writer, Have A Nice Day, Caravan Holiday, Just Looking, Local Boy In A Photograph
---
She’s Alright, The Bartender And The Thief, Dakota